A Renaissance of Radio at Home?

Do you have an Amazon Echo or Echo Dot? In the latest NuVoodoo Ratings Prospects Study we found plenty of people who have one or more among our sample of 2,979 persons 14-54 across all PPM markets. Ownership peaks among 25-34’s, right about where you’d expect it.

While we don’t think this is going to herald a return to families gathered together, like the golden days of radio, we do think it will bring more audio listening back into the home.

From an initial sample of nearly 3,000 respondents, we have a subsample of over 450 Echo/Echo Dot owners – deep enough to probe for more information about these devices.

In the bedroom, the location for nearly half the smart speakers in our study, there’s the potential for a resurgence of audio-only media usage in the morning. The primary device for “morning shows” at home for so many people has been the bedroom TV (we’ve known for years that morning TV shows are designed to be heard first and seen second). Smart speakers allow people to easily access all sorts of audio information and entertainment in the morning.

While radio does an amazing job with morning content, the daily morning podcasts being offered up by NPR, New York Times and many others are on a very level playing field with local radio for anyone using a smart speaker. The data suggest that radio is getting usage on these smart speakers, but don’t think for a moment that habits have solidified yet. People are trying all sorts of different sources and services.

Alexa can provide audio information and entertainment for many of these early adopters in the living room (or family room/den) and the kitchen. With Amazon rolling out a lower-priced Echo, it seems likely that more households will have smart speakers in several rooms.

Broadcast radio has a tremendous advantage, since once we’ve programmed Alexa for the skills we want her to have, we can train listeners how to access those skills using our airwaves. It’s like any other advertising or promotion we carry on the air. People will learn what to say to be able to listen to our new morning podcast – just like they learn which home services company to call to fix their air conditioning.

This new technology does force some housekeeping for some stations. The streamed version of a station isn’t always perfect. We’ve heard more than one station on an Echo where commercials are covered by a repeating announcement saying, “Your station is playing a commercial, the program will continue momentarily.” While getting streaming sounding the best it can is job #1, the many other types of content listeners can access using their smart speakers is a huge priority. Then, you need to devise the strategy you’ll employ to tell listeners what content they can get from you and exactly what they need to Alexa to get her to play it. 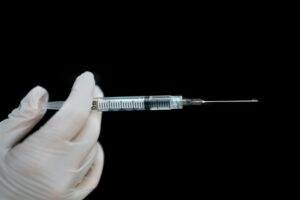 In The kNOW: The Unvaccinated: A Closer Look

The Omicron Factor: Stats on Willingness to Attend In-Person Events vs. Online and Hybrid